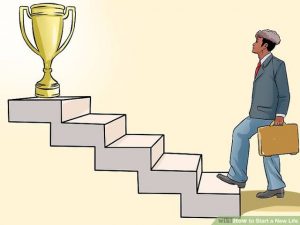 It was a game day,  we were all excited and ready to win, but what I didn’t know is that I will end up in the hospitals today. We put on our uniform and stared the warm up. We run two laps across  the field while we run I noticed they had a first aid set up and I thought to myself why do they need this not one is going to get hurt the maximum that this could be is someone falling and needing and “ice pack”.  We had some more work out before we started the game, I tried giving my best during that work out, I really want to win this game. We stared the game, at first I played defence I don’t think I did bad, I kept the ball from going into the Goal . Then we needed to sub. So I went out I took a sip of water and watched the game while hoping we score a gall this time. After we had a little break we needed it to go play. The cough said that many people want to place difference and we already have our middflierese so I needed to play forward. And now I am do not play that well soccer and now playing forward ?. I was really nervous, I  asked the cough if there anything else I good sub in for bu she said no, and so that I will take a break again if I really don’t want to play forward so that’s what I did I was scared that I will have the chance to score and I will just lose it. But the next time is wasn’t m.y choicd there was not other choicdto sub in and I have to sub in for forward so I did. I tried my best running as fast as I can try8ng to take the ball from the other team to the the other side and score. Our goalie catches the ball and kicked to the other side I tried taking the ball and to score but I suddenly fell I tried coming up like everything was okay but I couldn’t and my left hand was hurting really bad I went through a big pain I felt like a heavy stone just hit my shoulder really hard. That’s when I started crying. An hour later I found myself in the hospital. We were waiting for a pretty long time I felt like on that time I could be home already and watching Netflix. Hospitals alwyes have this weird smell of rotten eggs gives my throwback to when it’s a  weirded vibe I am afraid this will never end.

I didn’t like how everyone felt sorry for me for being Jewish and they don’t even know how is it to be jewish. Being jewish was the best for me and my family. I really hate everyone having that feeling when everyone feel sorry for me.My aren’t taught Spain was not the right country for us and so they decided to move to American. I don’t know why we moved. But I guess my parents did the right choice Nd chose to move and have a new start in a different place. But in this place called America many people are like me. In some places in America By parents did not allow us to eat. In many places different people would eat different kinds of things such as airy and meat. We as jewish will not eat things such as that, we ill have our own dishes. Moving into a new and different place would be strong a new chapter in a book or continue the chapter. The house in America clean as a whistle. America was different than Spain like black and white. Everything seems so complicated but it wasn’t acutely. America was definitely different not like home.

Vignette #3 Title: life in a factory

“where is the clothes that I for? my boss shouted or me to come.

“ Commign sir” I said rush while running to Hang  my clothes to my boss.

“Margaret, that is not what I asked for, do it again”! He shouted at me.

I was scared, I was scared of my boss, I was scared that he will fire me and I didn’t want that to happen, my family is depended on me. I am fourteen years old and work at a big factory and when my family again is dependent on her I don’t think I can’t concentrate. I have a big fear that my boss will fire me and my family would have lost, but if I keep on working and getting paid even though I got really less money I still got some. I came to work in a fatty from the countryside. I used to love. I use to love living in the countryside but one day we lost everything like a river running into an unknown sea. When I first came to work in an factory it was different from living in the countryside to going to work n a factory.  My family and I do regret moving but that was not our choice