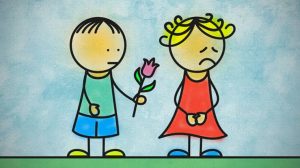 Can you imagine a world without forgiveness?
From one side someone had this something wrong and should have thought before he done is but from another side When we keep on a feeling of hurt, pain, and anger it harms us far as more than it harms the one who did the mistake.

In this book “ The Kite Runner” a big message that the author wants to appear would be forgiveness. Throughout this book Amir, the Main character, was trying to forgive himself of what had happened to his best friend. In the beginning of the book once amir won the kite competition he found out that his friend Hassar was being assaulted. That time Amir was full of guilt
and did not let it go.

Amir leaves with guilt and the feeling of leaving someone behind, this is important because you can have this feeling forever if you don’t leave it. We all have done mistakes and we all hope that people will forgive us, and throughout this book Amir face that and does not want to forgive himself.

The book kite runner is a book that made me think, made me realize many things that are connected to my life. Looking back at this book I learned a lot about it, one of the most powerful things I have learned about this book forgiveness and this book there

In this book Amir, the main character is trying to forgive himself because he did not help his best friend that was assaulted, that part makes it very important and again very powerful.

I also realised that many characters throughout this book are forgiving people, here are example. The story happens to be in winter time, when the kite-fighting tournament happens. When the kite loses, boys chase and return it, called kite running. When Amir wins the tournament, Hassan sets off to run the losing kite. Amir looks for him and finds Hassan trapped
at the end of an alley, pinned with his pants down, this explain why Amir is filled with guilt and is aware of his mistake. This part shows how bad he feels and how much is hurt from Hassan his best friends.

One of the first times the book makes us think about forgiveness is when Hassan is physically and sexually assaulted by Assef. Assef tells Hassan that he want to forgive. Then, the price turns out to be the kite that Hassan run down for Amir. When Hassan does not want to hand it over, he was raped Assef. This example
of Assef’s forgiveness.

These were some examples of how this book is connected to the big theme forgiveness, forgiveness is important in life and it is was one of the most important messages in the life we live right now . The message of forgiveness is so powerful that this book made me personally want everyone in life to forgive other you cannot keep a feeling of hurt, pain, and anger forever.